The following is a collection of images and texts that the Demoucelle Parkinson Charity first posted as part of World Parkinson’s Week in April 2020. The intention was to raise awareness of this condition, which affects 40,000 people in Belgium alone, and to hopefully encourage more people to become active fundraisers in order to be able to further accelerate scientific research to find a cure. 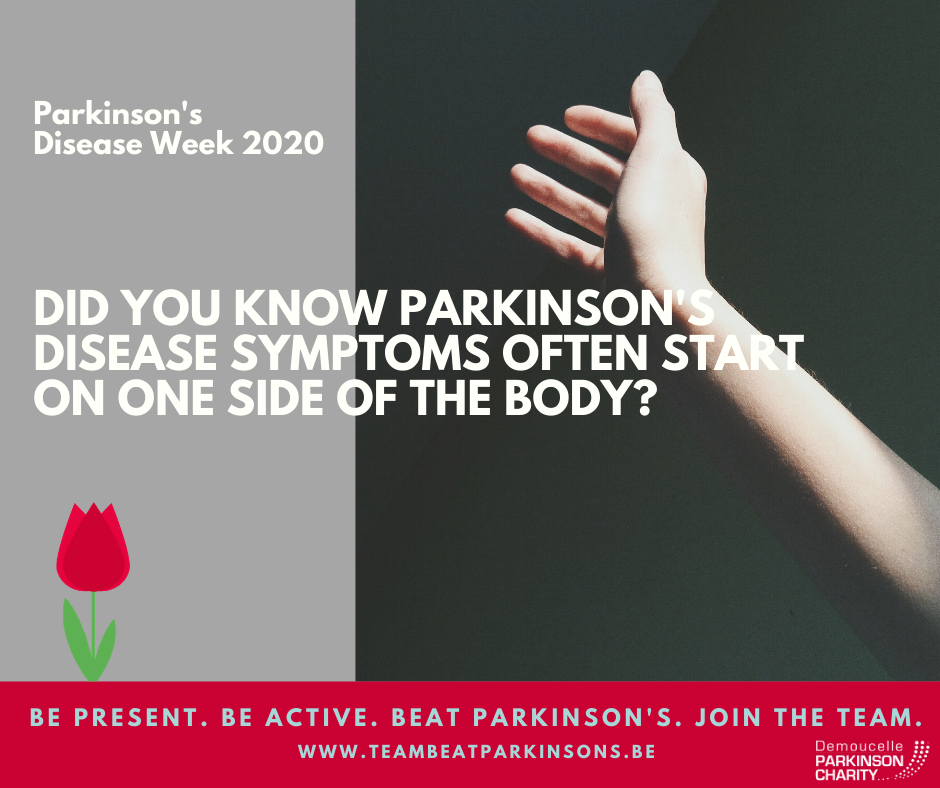 Parkinson’s disease is a progressive nervous system disorder that affects movement and causes many other symptoms. Every patient is different, however there seem to be some typical ‘early signs’ of Parkinson’s. These include:
·        The face showing little or no expression.
·        Arms not swinging when the person walks.
·        Handwriting becoming smaller.
·        Patients having difficulty identifying certain odours.
·        Speech becoming soft or slurred

If you think you or a loved one might have Parkinson’s Disease, talk to your doctor who, once the diagnosis is made, can suggest the best treatment plan for that particular individual and their particular needs. 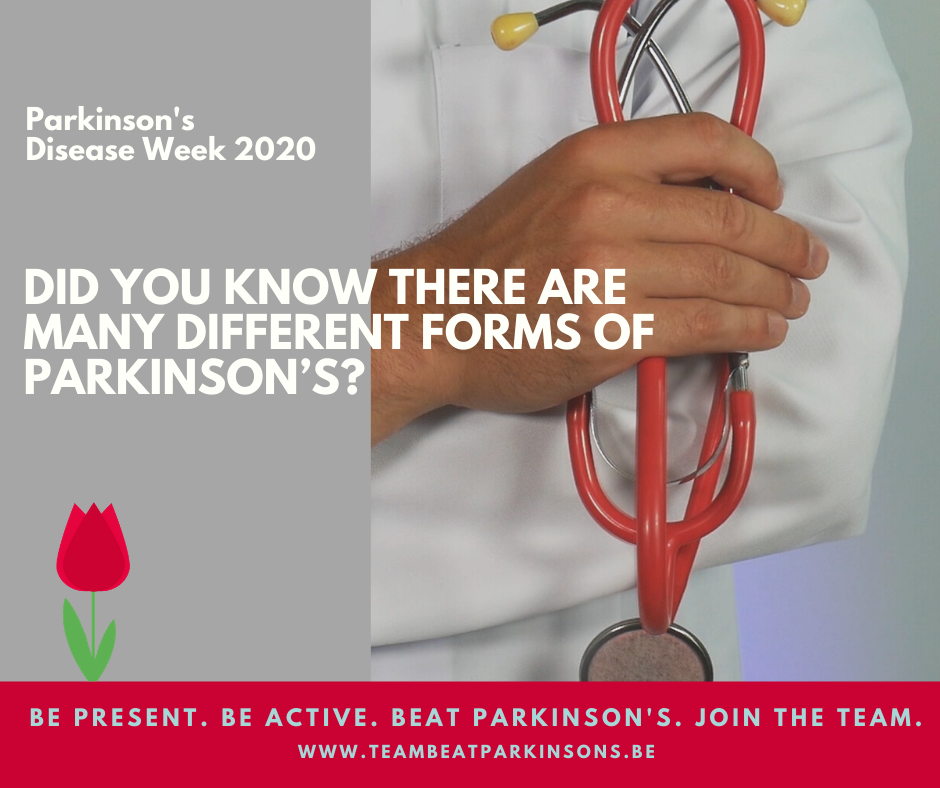 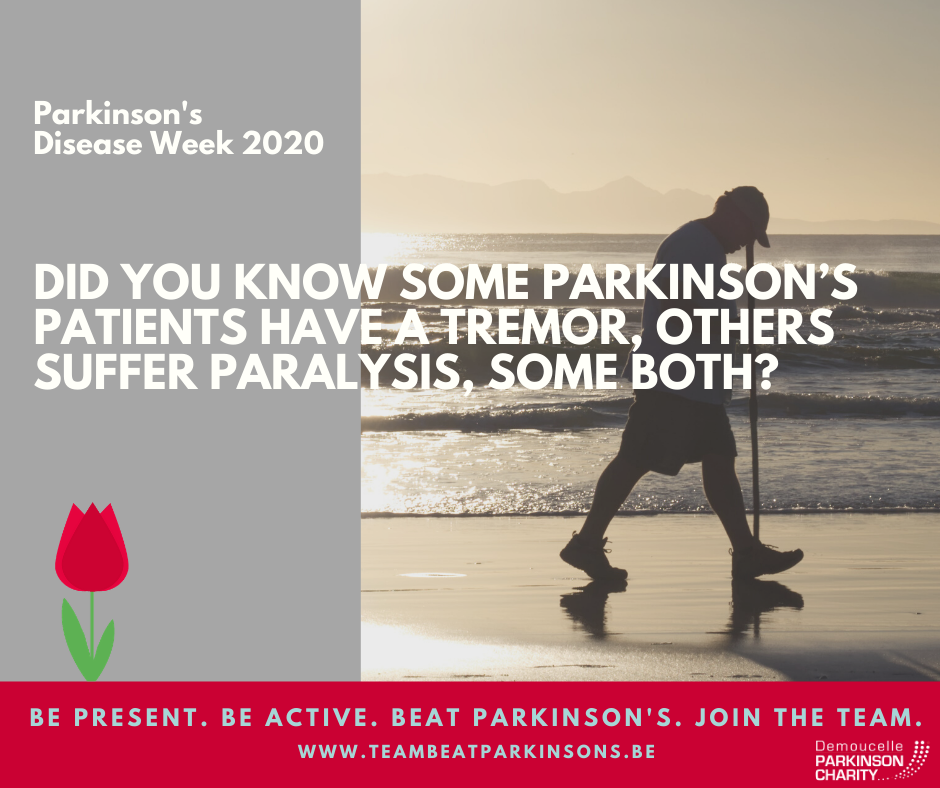 Every patient is different, however, some typical symptoms include:

·        Tremor. Often begins in a limb e.g. hands or fingers.
·        Slowed movement. Simple tasks become difficult. Steps may become shorter with feet being dragged.  It may be difficult to get out of a chair.
·        Rigid muscles. Can affect any part of the body causing pain and limited motion.
·        Impaired posture and balance. Some patients stoop and may fall.
·        Loss of automatic movements. Unable to blink, smile or swing arms when walking.

Whilst Parkinson’s has a significant impact on movement, it does not prevent patients from exercising. For many patients, light exercise – such as yoga, pilates and tai chi – can even reduce the severity of some symptoms. 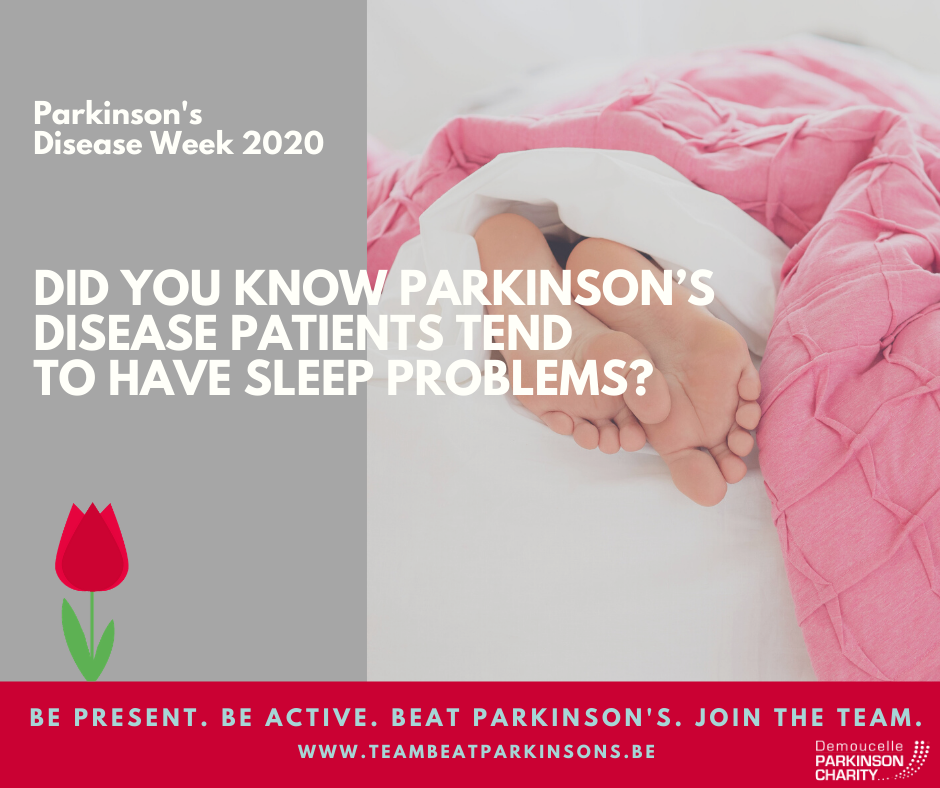 Every patient is different, however some typical symptoms include:

·        Sleep problems and sleep disorders. This can include frequent waking during the night, waking up early or falling asleep during the day.
·        Rapid eye movement sleep behavior disorder, which involves acting out dreams.

The more you share your day-to-day problems with your doctor, the better (s)he can help you. Some problems might seem embarrassing to you, but your doctor will not  consider them inconsequential or silly and (s)he might be able to diminish your concerns and provide some solutions. 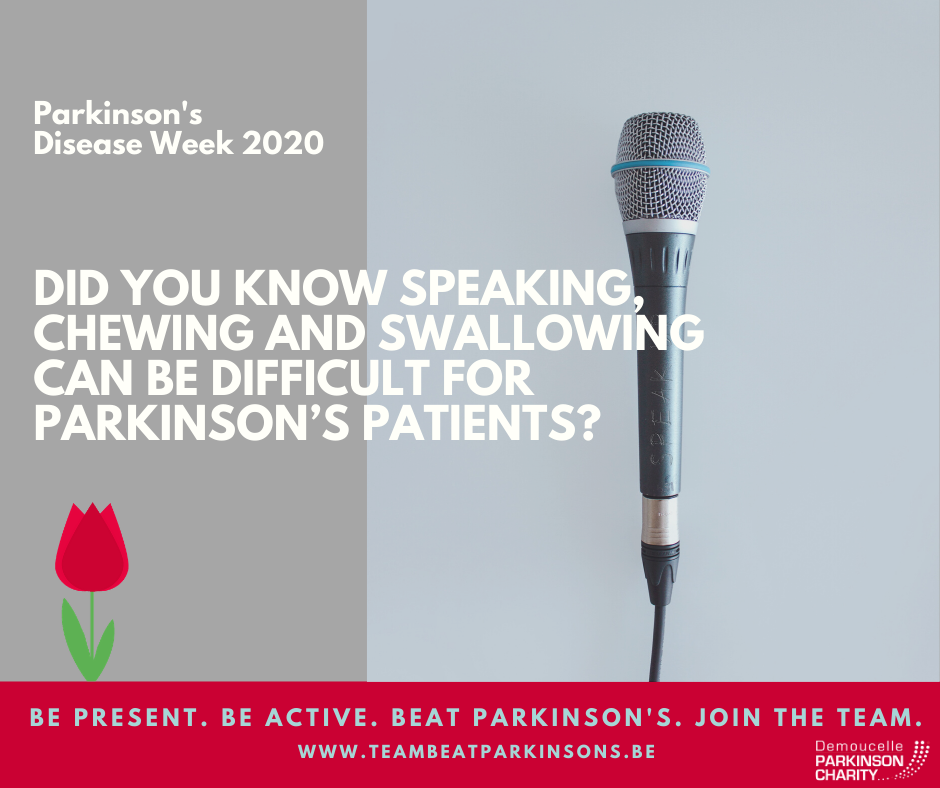 Every patient is different, however some typical symptoms include:

For many of the motor and non-motor symptoms of Parkinson’s disease, paramedical staff such as speech therapists, dieticians and occupational therapists etc. can help improve the quality of life of Parkinson’s patients. Don’t hesitate to discuss additional treatments with your doctor.

Every patient is different, however many experience fatigue, anxiety, depression and apathy.

The best thing you can do to support someone diagnosed with Parkinson’s Disease, or caring for someone with the condition, is to show empathy. Make them feel understood. This eases their burden – at least a little bit.